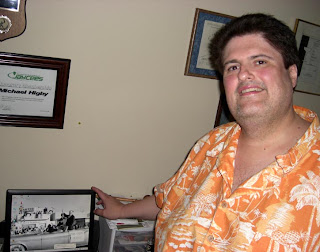 ...that is, inside MAYOR SAM'S SISTER CITY
the place where the famous Los Angeles blog
on Politics SoCal is posted daily by a hoard
of famous writers. From the East to the West,
etc NEWS of the L.A. Community is filtered
and processed to inform our citizens of the
workings or the non-workings of our large
Megalopolous. Here we see the CREATOR,
of this blog, Mike Higby at the actual place
of publication, the printing presses per se,
THE MAYOR SAM COMPUTER, see his
screensaver, that's SAM YORTY, Mayor L.A

(thanks for the party Mike !!) 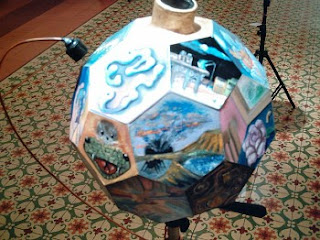 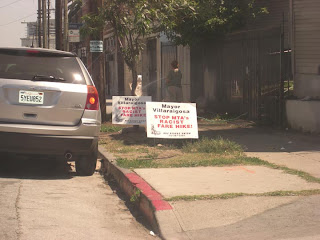 It seems the
BUS RIDER'S UNION
is concerned !
NoHo is a commuter hub.
Will the gross increases
in transit fees hurt our community ? 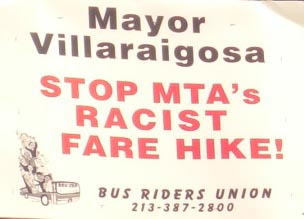 clic
to
see
their
site
for
info

Posted by Louis (Video Louis) Elovitz at 1:05 AM No comments:

We reported Thursday on the plans of the Mid Town North Hollywood Neighborhood Council to split into two.

For some time, members of the Council felt that at nearly 70,000 residents, the Council's area was too large to effectively serve the community. Two councils could more aptly do outreach and engage the stakeholders.

The Council was instructed to appear before a meeting of the Board of Neighborhood Commissioners to plead their case. Though the Department of Neighborhood Empowerment felt there was no clear process for a boundary division, the recommendation of the department and its general manager, Dr. Carol Baker Tharp, was to allow North Hollywood to go ahead and then use that Council's experience as a template for additional council's citywide who wished to undertake a similar process.

However, at 3:25 p.m. the day of the meeting, Dr. Tharp informed the Council in an email that she was changing her recommendation to the BONC to deny the application, based on the advice of the City Attorney. Citing issues with the petition signatures as part of the application Tharp told the Council "The people who worked with you are no longer here, so this is no one's fault but my own. I was trying to help and I screwed up. Just as you are frustrated, so am I." Little solace to the members of the Council who showed up at 6:00 p.m., as instructed, to express solidarity and support for the proposal. Following Dr. Tharp's recommendation, the BONC removed the item from consideration.

During a period of open comment by the BONC members, Commissioner Diane Middleton told the crowd that they had been "misled." If they walk out of the meeting thinking the reason for the action was some technical error with the application, petition signatures, etc. they are mistaken. There is nothing the BONC can do as far as expediting the Council's request because nothing will happen until DONE, BONC, the City Attorney and City Council establish a complete policy. And of course the implication is this will be months later.

"The people who worked with you are no longer here, so this is no one's fault but my own. I was trying to help and I screwed up. Just as you are frustrated, so am I."
Dr. Carol Baker Tharp
General Manager, Department of Neighborhood Empowerment

No wonder people are alienated from their city. No wonder its hard to get good people involved in Neighborhood Councils. With bumbling bureaucrats at DONE and a lack of leadership by their oversight body, BONC, its unlikely anything will move forward.

And they wondered why the Valley wanted to succeed.

Full disclosure: I was recently appointed to the Mid Town North Hollywood Neighborhood Council and support the breakup.
Posted by Michael Higby at 12:02 AM 1 comment:

As some of you know, I have a little experience with blogging. In November, I returned to my hometown of North Hollywood and finally, after years of wanting to, have made a home here in the center of the NoHo Arts District in Downtown North Hollywood.

It only seemed natural that I create a blog about our piece of real estate here in the San Fernando Valley. I want to create a forum for those who live, work and play in NoHo and give us a spot to tell the rest of the world all about us.

And by the way, don't expect to see that old, dead Republican Mayor around here. This is a different place and he has his empire to run anyway. The Downtown NoHo Times is a kinder, gentler place with a kinder, gentler guy running the show (though we will fight for our town to the death!) and his brand of snark probably won't do here. (Of course, I reserve the right to steal from the Mayor where appropriate.)

Enjoy! And do keep in touch!
Posted by Michael Higby at 10:34 AM No comments:

Breaking Up May Not Be Hard to Do

For some time, the Mid-Town North Hollywood Neighborhood Council has sought to make like a cell and divide. Initially the Council wished to split into three separate councils, but it was later determined that it was more practical to split into two councils.

The Council's primary view is that at nearly 70,000 residents, the area served by the Council is too large to be effective and representative. Nearby councils, such as Toluca Lake, have far fewer constituents and receive the same level of funding as North Hollywood.

Because this has never been done before, the City's Department of Neighborhood Empowerment and its oversight panel, the Board of Neighborhood Commissioners has been stymied on how to make the Council's wishes happen. With no defined breakup process in place - and a growing number of councils citywide who wish to follow suit - DONE is seeking to develop a smooth process.

Thursday night, BONC will meet at 6:00 pm at Maurice Sendak Elementary School at 11414 Tiara Street in North Hollywood to consider North Hollywood's application. Staff has recommended that they be granted their request, with the understanding that no further approvals be granted until a solid process is in place and North Hollywood has been requested to help advise on the development of the process.

Full disclosure: I was recently appointed to the Mid Town North Hollywood Neighborhood Council and support the breakup.
Posted by Michael Higby at 12:07 AM 1 comment:

Curbed LA has a snarky post about the NoHo Lofts here in the Fourth Council District. Wise developers took a former spice factory and have created an eclectic but fabulous collection of live-work spaces. These spaces should not be confused with the Lofts at NoHo Commons, brand new construction, but equally part of the ever expanding boho NoHo buzz that has descended on North Hollywood.

Indeed, the pueblo was recently aflutter over the opening Tuesday of the new HOWS Market at NoHo Commons. Local Fitness Trainer and Jaycee President Jack Witt tells us the store has some great sushi at great prices.
Posted by Michael Higby at 10:31 PM 1 comment: 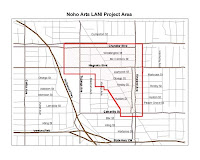 Where is it? Good question. Now this is only my opinion. First off, we have North Hollywood, which in my view is basically everything south of Roscoe to Mulholland, more or less west to Coldwater Canyon (Fulton in some places) and east to the Burbank border. Now that does include some disputed territory for sure, but consider that the greater area this blog deals with.

More specifically there is the NoHo Arts District which traditionally has been Burbank Boulevard on the North, Camarillo Street on the South, Cahuenga Boulevard on the east and Tujunga on the West.

Now what is Downtown NoHo and in my view that is basically the area surrounding the Metro Red Line Station, Metro Orange Line Station and the Academy of Television Arts and Science complex. So more or less rough borders would be Magnolia on the south, Tujunga on the west, Cumpston on the north (and yes we know Cumpston has been closed to Vineland with the opening of East Valley High School, but you get the drift) and Vineland on the east. This takes in the Metro stations, NoHo Commons, Academy Plaza and a good chunk of the district theatres, etc.

But you may have a different view. Feel free to post it.
Posted by Michael Higby at 9:43 PM No comments: 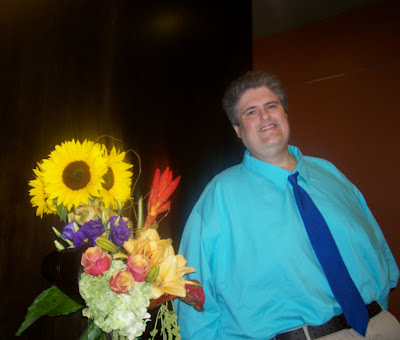 Posted by Michael Higby at 11:39 PM No comments: