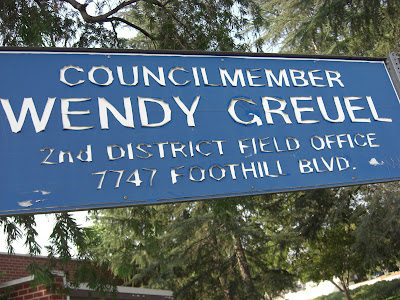 NOW WE HAVE PAUL,
WELCOME TO CD-2 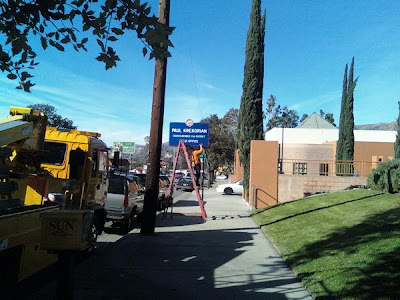 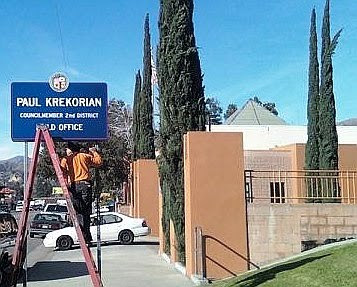 Posted by Louis (Video Louis) Elovitz at 6:11 PM No comments:

As we reported Thursday (and confirmed by LAist's Zach Behrens) HOWS market in NoHo is closing, a victim of poor sales.  One of the more interesting aspects of the market was it's wine tasting room which developed a strong local following.  Sunday night the Wine Experience had it's swan song with a packed audience.  The rest of HOWS will close down slowly over the next month or so.

We've heard reports that HOWS management will attend a meeting called by officials of the Los Angeles Community Redevelopment Agency and members of the Mayor's staff.  Insiders have told us however that HOWS decision is final and it's not likely the City could offer anything for the business to remain open. 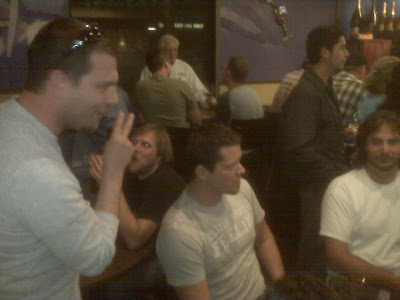 Patrons enjoy a last glass of wine at HOWS. 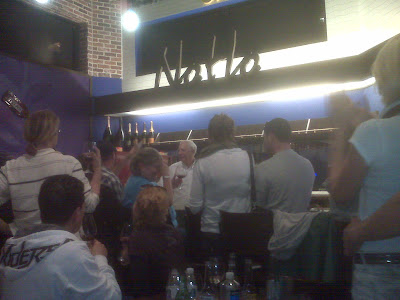