Meter Person in Search of $$$ in NoHo 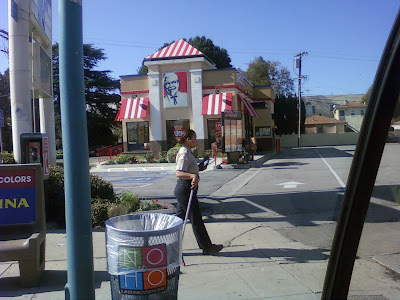 Posted by Michael Higby at 1:49 PM No comments: 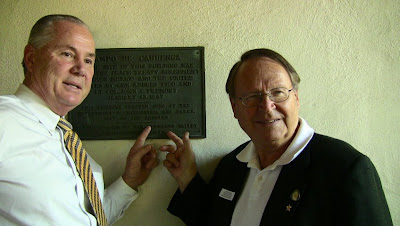 
Posted by Louis (Video Louis) Elovitz at 1:15 AM No comments: 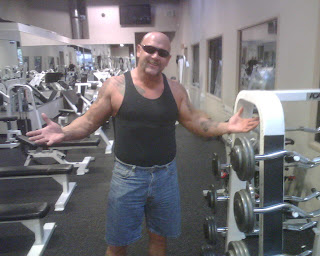 He's big...he's fast...and he was pumping up his adrenaline on an eliptical machine at BodyImage Gym in the Noho Arts District when he saw the purse snatcher taunting the BID Street Teams who couldn't catch up to him on Lankershim Blvd. "In an instant, I flew off the Eliptical, out the gym door, and onto the sidewalk where I caught up and passed the pursuing BID Street Team guys and tackled the purse snatcher and pinned him down", says Matt Burch, local Fitness Trainer and Television personality of the hit show "Operation REPO".

Matt, who many co-workers (including me) know as a really "Teddy Bear" kind of a guy underneath his rough, tough exterior, says what he did was community focused and not a show of bravado or testosterone. "I want to tell people not to engage in this kind of thing if they don't have to, I have a martial arts background and have been pumpin' iron for years, and it was really an instinctual thing that happened really quickly...I just saw those BID guys not being able to catch up to the purse snatcher and reacted."
More info on this local NoHo hero at www.bigmattburch.com 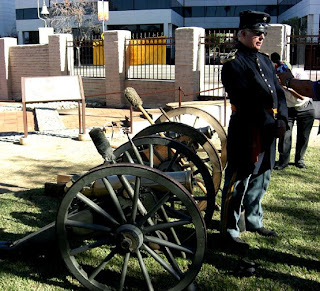 Please Join Us for the Re-enactment of the Signing of the Articles of Capitulation at Campo de Cahuenga on Sunday, January 11, 1:00 p.m. to 2:15 p.m.


Visit our Website: www.campodecahuenga.com or contact us by e-mail at: campodecahuenga1847@hotmail.com
Posted by Michael Higby at 6:13 PM No comments: