The developers of the NoHo Lofts have produced a short video that's available on YouTube. The project, in the former Adolphs Meat Tenderizer factory, has received a lot of acclaim for how the building was redeveloped and how it has worked with the surrounding community.

The building features office condos geared towards the artistic and entertainment communities but under the City's live-work ordinance for NoHo business owners could also live in their condo as well.
Posted by Michael Higby at 6:00 AM No comments: 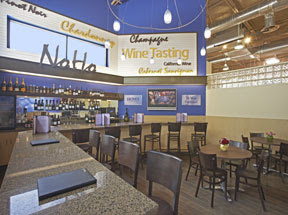 Friday night I left work and had visions of joining some friends, watching the Laker game and enjoying a fine margarita at Splash Bar at the Beverly Garland.

I got there and alas, it was not to be. Three people occupied Splash Bar and they were intent on a Faith Hill concert. As I sat down, my BlackBerry went off with a text message - my friend was going elsewhere and the plans were off. Thankfully, I found out the parking lot ticket for the Beverly Garland had a half hour grace period so I was not stuck alone with a margarita, tourists and Faith.

So it was head over to the Wine Experience at HOWS Market. Good thing it was, though I did not get my margarita HOWS was packed with the usual crowd.

Bill was behind the bar assisted by the lovely Elece. Riley, with his pretty wife Cass next to him, was holding court discussing everything from the Space Program to the way to a woman's heart. He also taught me how to drink wine, something I really do need to learn.

"Riley, with his pretty wife Cass next to him, was holding court discussing everything from the Space Program to the way to a woman's heart."

The regulars - Lisa, Glenn, et al trickled as well as a few others. Quite frankly the place was packed as we watched the Lakers win. Bill was kind enough to treat me to a HOWS cheeseburger.

As the evening wore on, Lisa, Glenn and friends gathered up a crew for a late night dinner at Spark Grill. A gracious invitation I received, but the aforementioned cheeseburger nixed that. We closed the wine room down and then it was time to do a little grocery shopping; how handy it is to drink and hang out in a supermarket.

Only in NoHo!
Posted by Michael Higby at 7:18 PM No comments:

Email ThisBlogThis!Share to TwitterShare to FacebookShare to Pinterest
Labels: HOWS

Scotti & Tim do " The Girl From Ipanema " 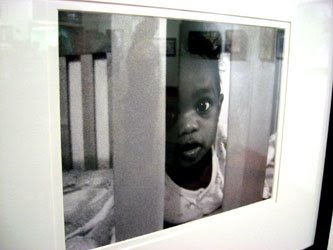 Posted by Louis (Video Louis) Elovitz at 3:53 AM No comments: